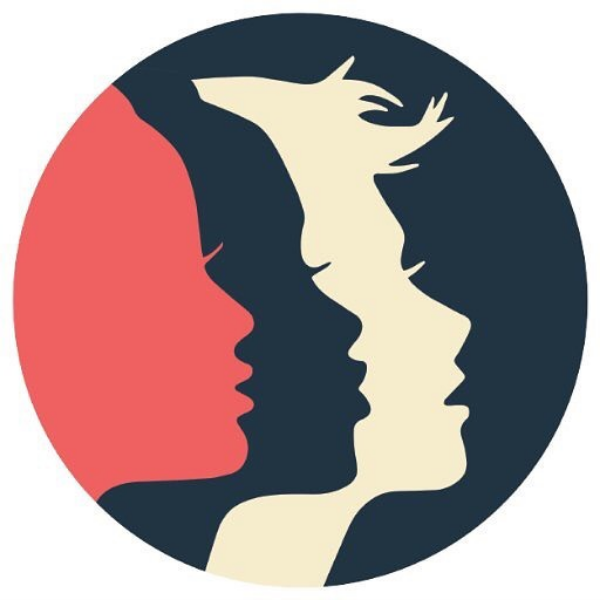 This Saturday, January 19th 2019, The Peace Poets will be joining the Women’s Unity Rally in Foley Square 10am – 2pm with staff and members from The Brotherhood/ Sister Sol.

The Peace Poets have composed a number of movement music chants to be used this weekend and shared widely for other protests, rallies, and actions in support of equity for women and women’s rights. 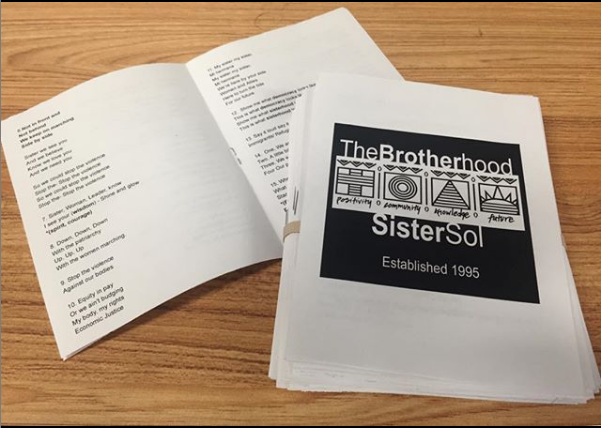 Thank you for joining us and singing and for sharing!

Equity in pay
Or we ain’t budging
My body, my rights
Economic Justice

Stop the violence against our bodies

Down, Down, Down
With the patriarchy
Up, Up, Up
With the women marching.

How can anyone know
(Healthcare Service is, Birth Control is, Sexual Education is)
What we’re needing
Our body, our rights 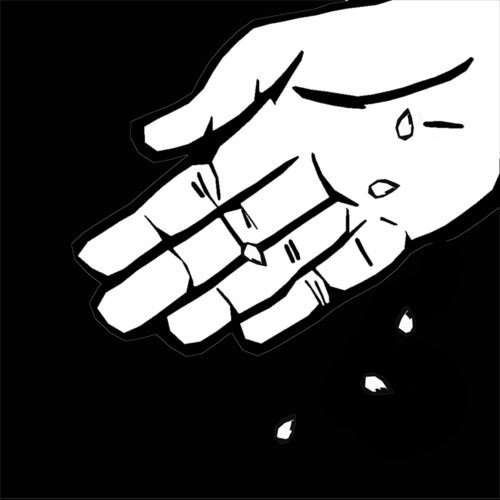 Lyrics to our new single:

Everything you change changes you

I’ll be damned if that ain’t true

What you gonna do when life pushes you

And even you think you’re through

I’m an animal with a parable

I’m in my element walking down the avenue

Thinkin’ how I’m a break out, I’ma find an avenue

They pitchin’ on St. Nick

Cuz everything you change

Things’ll never be the same

I think I finally found me

Cuz everything you change

Things’ll never be the same

I think I finally found me‘

I found them heron baggies inside the toilet

You thought they flushed away, they wasn’t even moist yet

I saw ya yell at mommie, I heard ya punching auntie

Told me respect women, is this how you grow manly?

Okay I’m looking for God now, pray you answer my probs, how?

I hear no words it ain’t odd, Thou never seem to respond out loud

And this nigga weed so goddamn loud, I ain’t hearing shit but banging out/

Regulating with my fists, Do what I do or catch The Reckoning/

Let down by my heroes, I swore not to be em

Till I became em- Had nothing to fear- Then

Lil Bro was killed… Lost my reason for living

Cuz everything you touch, touches you back, true dat, who knew that //

Starting line, life keeps testing this, heart of mine//

Why would I follow rules when I see outside the lines?// (2x)

I’m admitting it, I’m spitting it, and I’m fitting it in your brain

Around my way— a holiday’s an alcoholic séance

I started spitting WORD so I had something to play on

Papa was a rock star— teaching me to pray on

Teaching me to kill, whatever’s in my path (and)

Act like I know everything and never have to ask (and)

Forget about my people, only focus on the cash (and)

Have a heart of stone till it all come crashing down

Down… And now I am transformation,

Found me on the corner: work and liberation

Making music for the movement: to FREE US ALL

Making mirrors outta mics til we: SEE US ALL 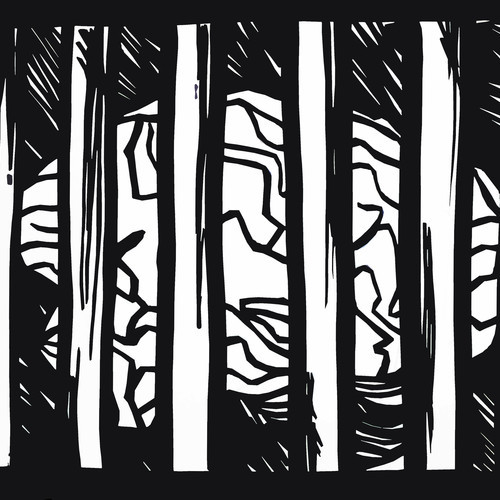 Look at what you made of me

Sisters Lost they self esteem

1st you break their spirits

Then you take their minds

Knowledge they won’t go near it

Then you take your time

Mental Slavery (What the fuck is that)

Mental Slavery (I never heard of that shit)

Mental Slavery (Oh you think you better than me)

Mental Slavery (But can you kick my ass)

I got a black belt and a black gun

You know damn well that I won’t run

I ain’t the hardest here

But this ain’t a movie my heart is here

And you ain’t moving these artists here

We warn the people like Paul Revere
Fuck ya fear!

We stayed slaves, they tied the chains, up to my brain – I ain’t even know it/

I write these verses, trying to reverse this, I don’t rehearse rebellion – I show it/

Cuz I’m a black man, on a blacklist/

I wear a black flag, with a black fist/

I know history, so I’m an activist – I’m a Peace Poet – not a pacifist/

Hand to hand with one hand tied/

I fight for peace, a contradiction; a schitzophrenic type mind condition/

But my condition has been conditioned/

We lose the meaning of a crucifixion, when non-believers rock True Religion/

Cuz we about that money, right?/

Used to hang from trees, get sold on the block/

Now we smoke trees that we sell on the block/

That sounds a bit funny, right?/

Well, why the slaves these days don’t know?/

Cuz they the product not the prototype

Look at what you made of me

Sisters Lost they self esteem

1st you break their spirits

Then you take their minds

Knowledge they won’t go near it

Then you take your time

Mental Slavery (What the fuck is that)

Mental Slavery (I never heard of that shit)

Mental Slavery (Oh you think you better than me)

Mental Slavery (But can you kick my ass)

Go to school get a job

With your college degree

Get married get a house

Pay your mortgage and

Give a fuck bout war

But there’s no naivety in

I’m coming after everybody

My revolution is to believe in you

Or a thing or a two

For a job by school

No to slang or to bang

With a gang, confused?

9 to 5 or getting live to crime

Socially devised, But it

Fuck the routine to

Try to stack that green

To hang off trees

The brain child of Rothschild and Rockefeller

over hot piles of lava, a brother hits another

I be thinking S’NOT WHATS UP?

Make a killin’ off a killin’, like WHAT THE FUCK?

But they can’t see me, with they MTVs

Cuz the FCCs got an STD

when these MP3s give a fuck for free

you stressing’ me bout who the best emcee

Nobody on TVs saving me

turn off that modern day slavery

I don’t drop bars- I crush them, I don’t rock crowds- I hush them

So they can hear me fucking, the system that got ‘em plugged in…

The matrix is a racist- I could never be complacent!

And the hell we should be raising is a raisin in the sun,

Dried up— I ain’t complaining I’ll be raining til we done,

Fist up— to raise a movement I’m a raise it like a son,

Get up—teach em to fight for human rights and what they love,

I been from Palestine to Africa and back into the fray

I’m a Witness Against Torture, I ain’t never going away

If you wanna see your freedom – then Close Down Guantanamo Bay

I don’t want your thanks for dodging tanks, I wanna see your rage

I’m anti racist feminist, a rapper for the menaces

I rap to make ya reminisce, Welcome back to Genesis,

First you hear our lyrics, then your hear our rhymes

No one can take your spirit

No one can take your mind